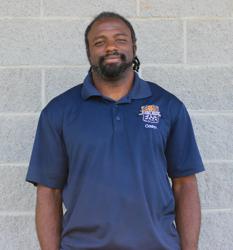 T.J. McCallum has been playing soccer since age 4. He went through the Williamson County Soccer Association in middle Tennessee and the club TNFC. He graduated from Battle Ground Academy in Franklin TN. He was 4-year starter at Maryville College, earning All-Conference all 4 years and All-Southern Region for 3 years. He then spent four seasons with the Nashville Metros in the USL PDL league. He was named All-Southern Region player in the league in 2003 as a rookie. He spent one year with the Knoxville Force in the NPSL league.

T.J. began his coaching career at Blount United in 2003, while at Maryville College. He also coached the Maryville Middle School boys in 2005. He came back to Blount United full-time in 2008 and has been coaching boys and girls teams since then.

We are always looking to expand our coaching staff as our club grows! Ideal candidates will have head coaching experience and appropriate licensing. Please contact TJ McCallum, BUSC Director of Coaching, at doc@blountunited.com with any interest or questions.